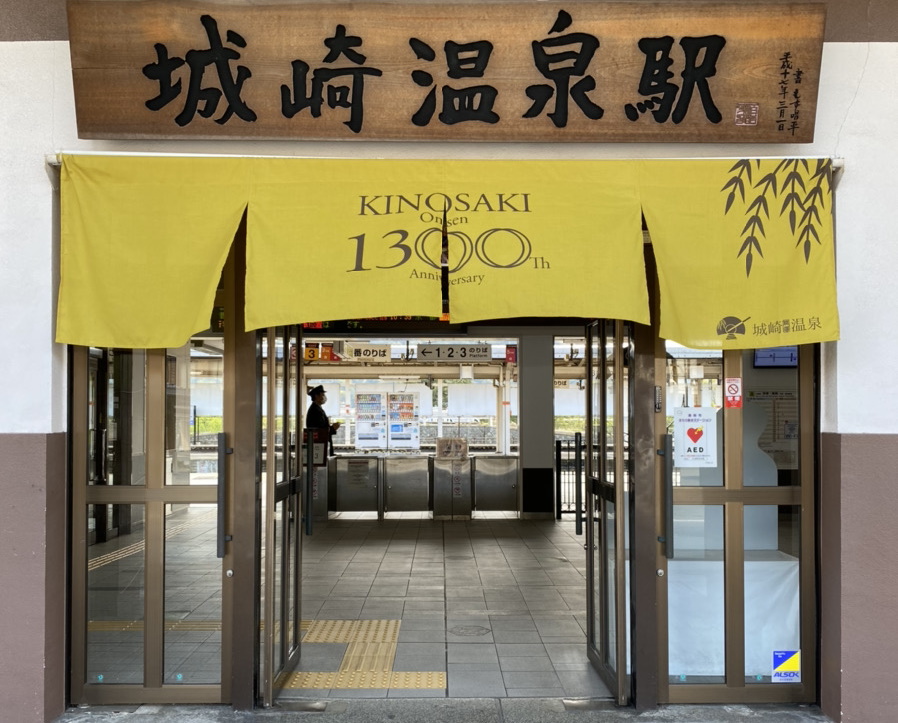 2020 is the 1300th anniversary of Kinosaki Onsen, a historic onsen (hot spring) town with seven hot spring bathhouses located within walking distance of each other. By the way, COVID-19 epidemic affects this event a lot in this year. Before we inform you how much COVID-19 affects onsen event, let us tell the history of this onsen.

1.The history of Kinosaki Onsen

4.The impact of COVID-19 on Onsen Festival

The history of Kinosaki Onsen

The history of Kinosaki Onsen began with a Buddhist monk named Dochi Shonin, who traveled the country to help the suffering and ill.

His travels eventually brought him to Kinosaki Onsen, where he was instructed by the local oracle to pray for 1,000 days to save the people from suffering.

Eventually, word reached the emperor of the time. After confirming the authenticity of Kinosaki’s onsen, he gave the title of “Guardian Temple of Kinosaki Onsen” to the temple erected by Dochi Shonin for the protection of Kinosaki, its hot spring waters, and its people.

This treasure is called Juichimen Kanzeon Bosatsu, or “11-faced goddess of compassion and mercy”.This temple, called Onsenji Temple, houses a designated national treasure that is only fully displayed once every 33 years for three years at a time.

It can currently be seen on display in this temple, a temple almost as old as the onsen town itself, until April 2021.

There are very few onsen in Japan that are as old as Kinosaki and have an actual recorded founding date.

Kinosaki has been found noted in various historical documents that can authenticate its founding date to 720 AD.

The discovery of a hot spring source at what today is the place of a bathhouse, Mandara-yu, is recorded in those documents. 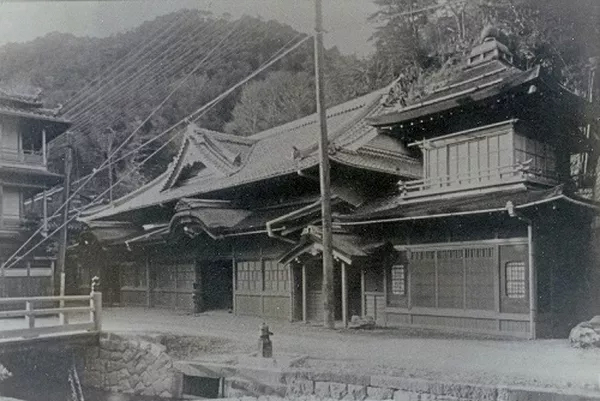 The impact of COVID-19 on Onsen Festival

Every year on April 23rd and 24th, a festival called Onsen Festival is held to commemorate Dochi Shonin.

The Buddhist monks from Onsenji, the temple where visitors often come to show their gratitude to Dochi Shonin, walk around town to each of the seven public onsen to pray for safety and prosperity of Kinosaki Onsen. 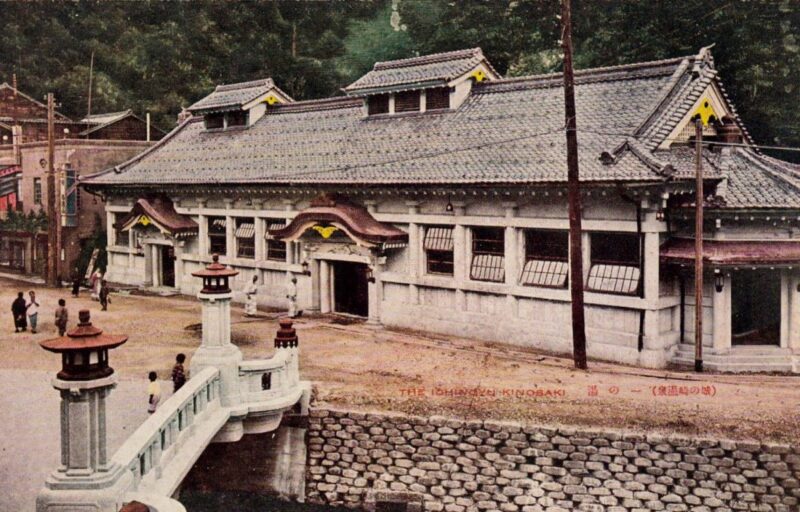 This year, due to the coronavirus, just one of these monks performed the rituals at each onsen.

In addition to praying to Dochi Shonin, he included a prayer regarding the coronavirus, praying for it to cease soon. 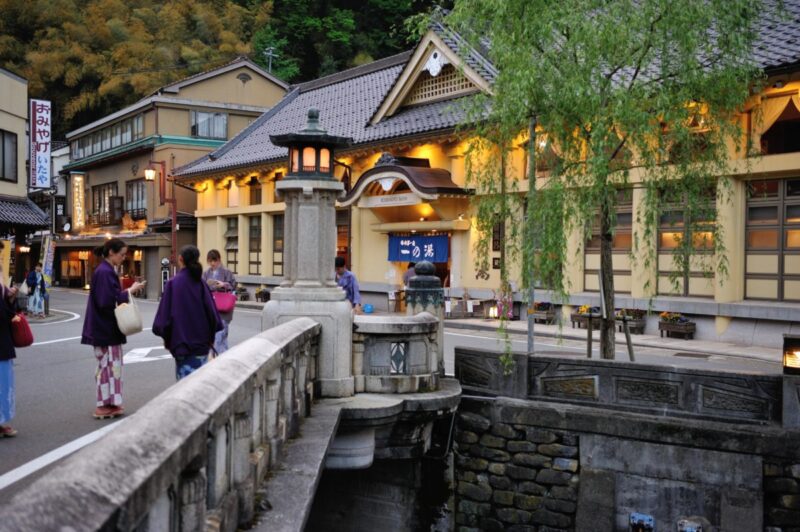 While COVID-19 is keeping folks around the world at home, we would like to bring Kinosaki Onsen to you through this trying time.

We will be sending photos and information about our area. When the time is right to travel again, we’d love for you to come.

In the meantime, we will be posting photos and videos, as well as live videos of the area in a new corner called ‘Virtual Travel’ on our Facebook and Instagram pages, so that you can virtually travel while the world is navigating towards a brighter future.

Kinosaki Onsen and Toyooka City have been preparing to make the return to travel as safe as possible with new guidelines and efforts.

We hope to belatedly celebrate our anniversary with everyone soon!

** Travelers who come to Japan usually found that people with tattoos can’t enter Japanese onsen because many onsens have a rule of tattoo-prohibiting. The good news is Kinosaki Onsen has no rule about tattoo. All visitors with every shape and size of tattoos can enter to this onsen. So let’s enjoy relaxing with onsen without worry!

Clip Read
Relaxing in Hyogo private onsen without the crowds

Clip Read
Must visit place when you go to Mie!