Why do sumo wrestlers compete half naked? 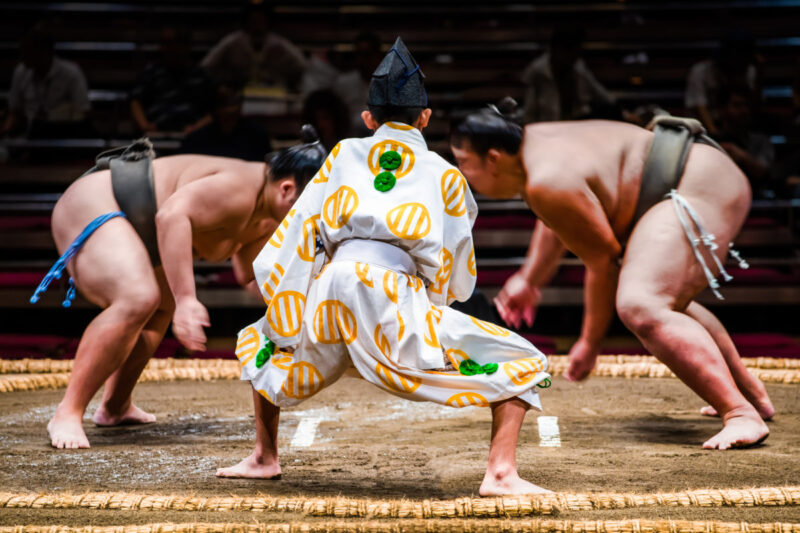 Have you ever wondered why sumo wrestlers in Japan always compete half naked?

If you’ve watched sumo tournaments before, you probably already knew that they always compete in a mawashi, a belt like loincloth, which looks like a black thick underwear.

Let’s find out the reasons why they wear that.

What is a Mawashi? 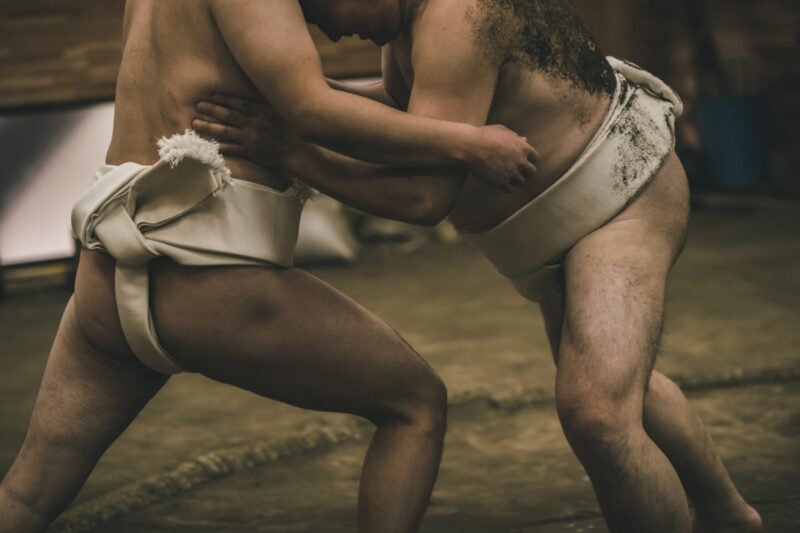 Mawashi is a cloth belt that sumo wrestlers wear during a tournament.

Usually it’s wrapped around the lower body of a sumo wrestler, and it also functions as shorts.

In addition to mawashi, matching stiff fronds called “sagari” are hung from the front. 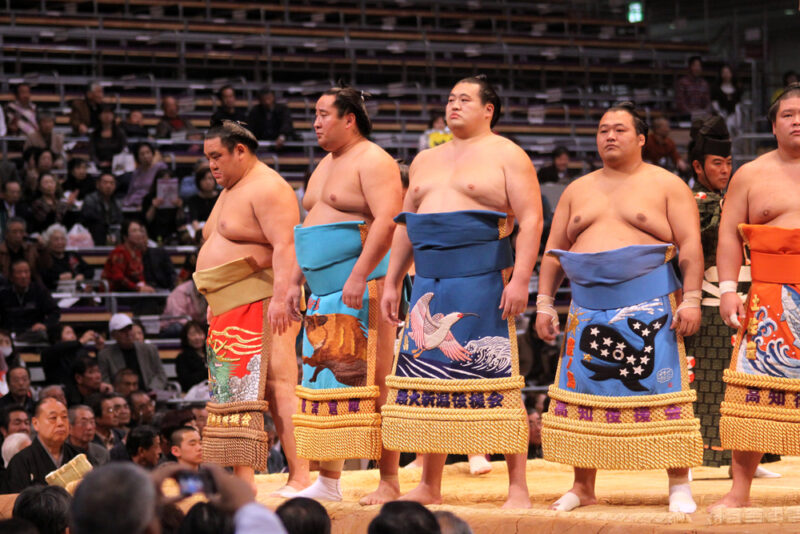 A different type of mawashi called Kesho Mawashi (化粧まわし) are used in sumo tournaments in the Edo period.

It looks like an overly decorated apron, and is usually made of silk.

These days, Kesho Mawashi is only worn by the top sumo wrestlers, usually when they are introduced at the beginning of a tournament opening.

Kesho Mawashi are usually colorful, sometimes eclectic, and usually have symbols or designs associated with their country of origin.

Why do sumo wrestlers wear Mawashi? 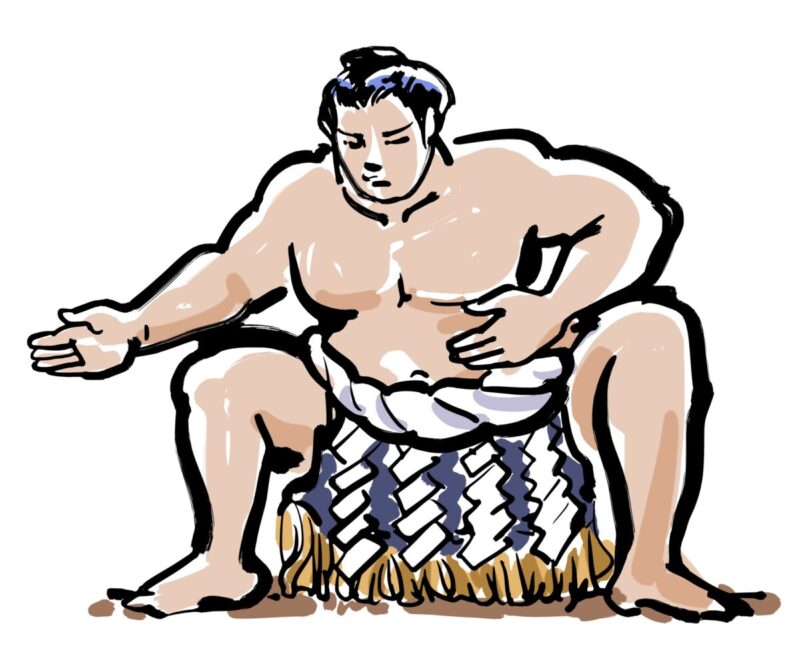 Now, you must be wondering why sumo wrestlers compete half naked, only using the mawashi, right?

There are actually several reasons why sumo wrestlers follow this tradition.

Known as the iconic sports of Japan, sumo is often associated with Shintoism rituals.

Performed to show gratitude to the Gods and Goddesses of Shinto, apparently there are fewer chances for these wrestlers to cheat by wearing nothing but a mawashi.

In Shintoism rituals and the Japanese culture, competing without wearing clothes is considered as a way for sumo wrestlers to show Gods and Goddesses of Shinto that they are playing honestly without cheating. 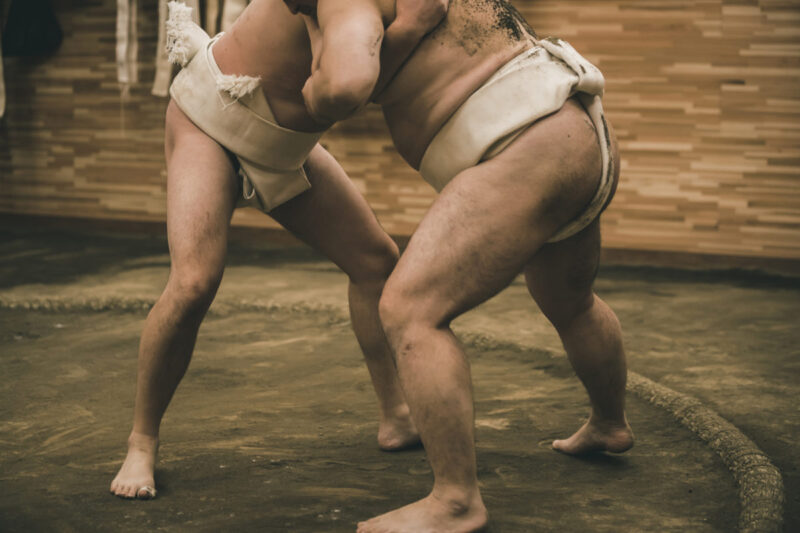 Not only sumo, wrestlers similarly competed in just a basic loincloth in the ancient Olympics.

Turkish oil wrestling and Mongolian wrestling matches are conducted in a similar way these days,
with an aim of proving that no weapons were hidden and no fraud was committed.

Clip Read
Why torii is colored in red?