Why torii is colored in red? 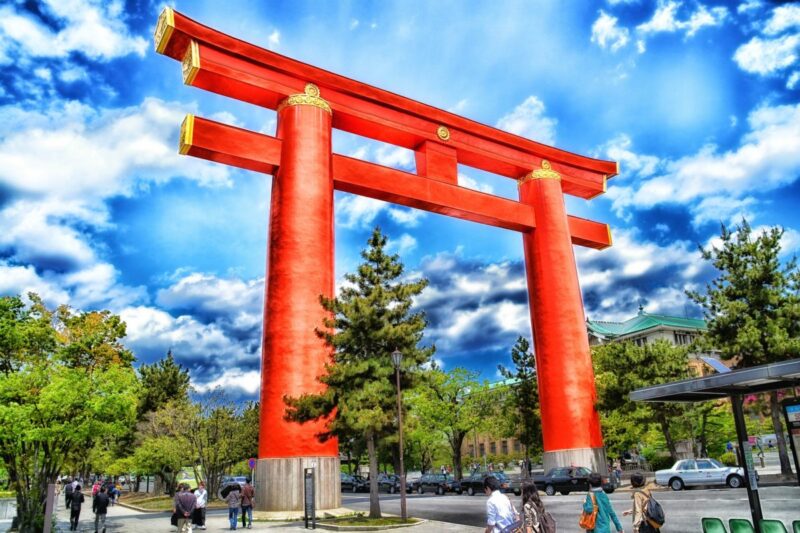 Have you ever heard of a torii (鳥居) before?

Torii is a gate of a temple in Japan, and it is usually red in color.

But do you know why the gate is colored in red or vermilion?

What is a Torii? 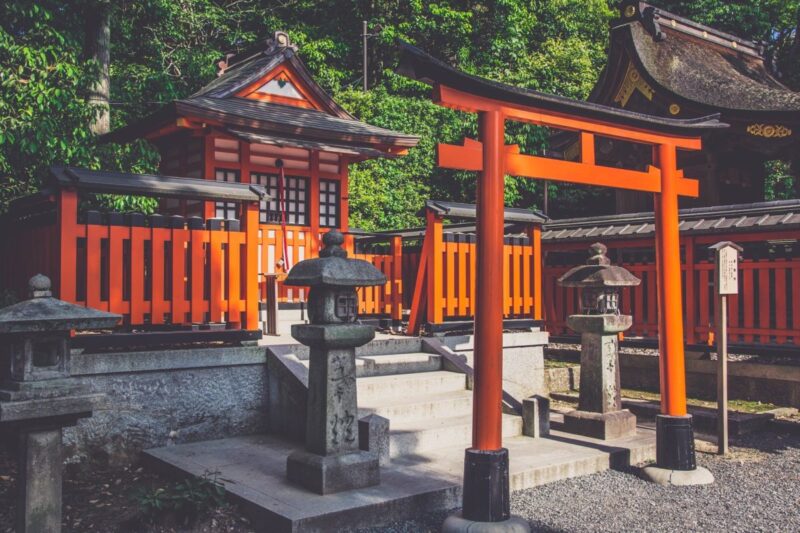 Torii is the gate of a Shinto temple that functions as a barrier between the earth, where humans live, and the sacred world, where gods and goddesses live.

Usually painted in red or vermilion, torii are basically two parallel bars that are supported by two vertical pillars.

The torii symbol on the Japanese map marks the location of Shinto shrines.

Why is torii painted in red or vermilion? 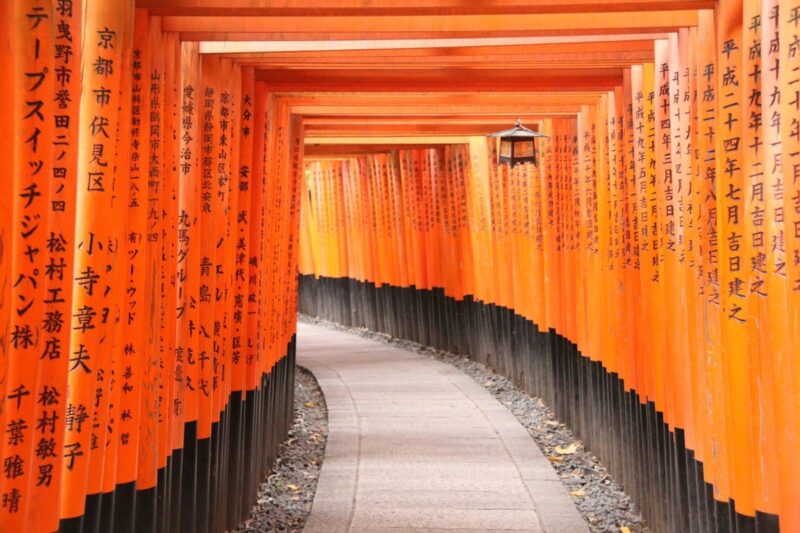 The reason why torii is painted in red or vermilion is because in Japan red is a symbol of the fire and the sun, and is also considered as the color of life.

The Japanese believes that red has the power to reject evil spirits, to protect us from danger, and to reject bad luck.

Therefore, many people believe that the red torii in front of a shrine fights evil spirits, danger, and bad luck away.

In Japan, there are many gorgeous shrines that have become iconic for their torii. Below are some of the most famous torii in Japan. 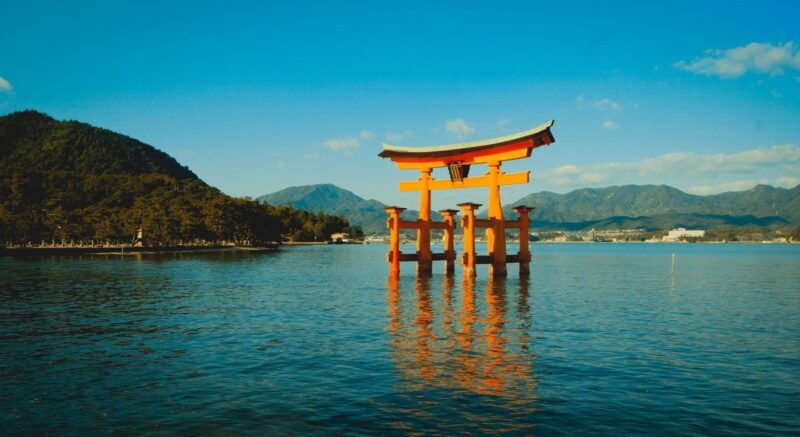 Itsukushima Shrine at Miyajima in Hiroshima is a UNESCO World Heritage Site, and it can be approached when the tide is low,
but when the tide is high, you can see it’s floating above the water. 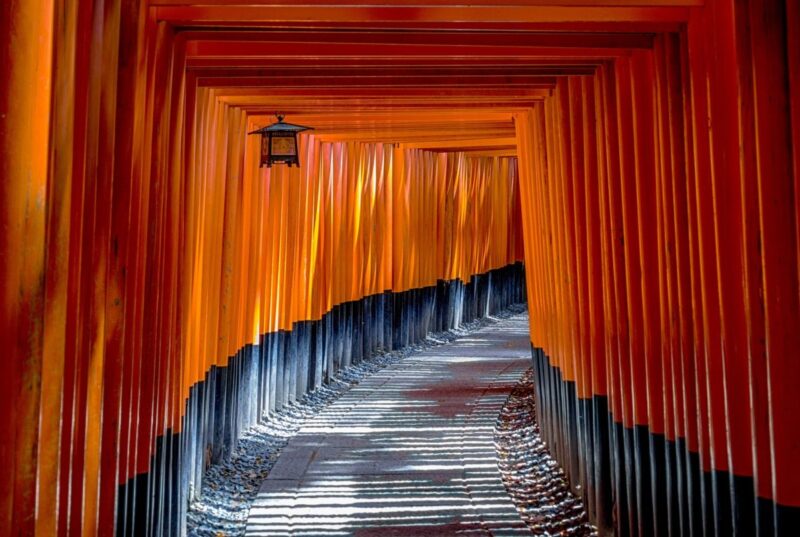 Amongst the torii we mentioned today, Fushimi Inari Taisha is probably the most popular torii in Japan.

Located in Kyoto, this shrine is famous for its beautiful paths lined with torii.

Many tourists visit this shrine to admire the thousands of torii. 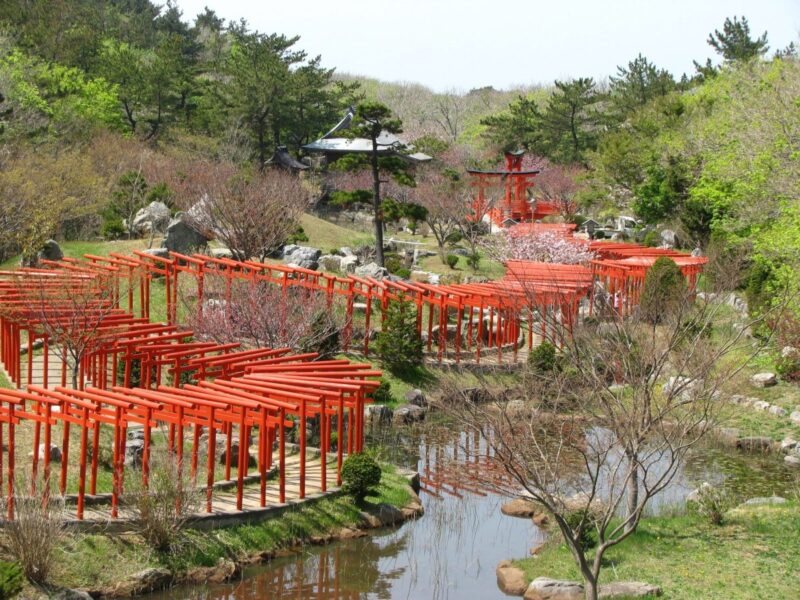 People visit the shrine to pray for good business, a safe journey, and an abundant harvest.

The shrine also venerates the three pillars of Ukanomitama, Satahiko, and Omiya.

Since it’s located right at the center of a mountain, you can enjoy the views of Sea of Japan, Mt. Iwakiyama, and Lake Jusanko when visiting this shrine.