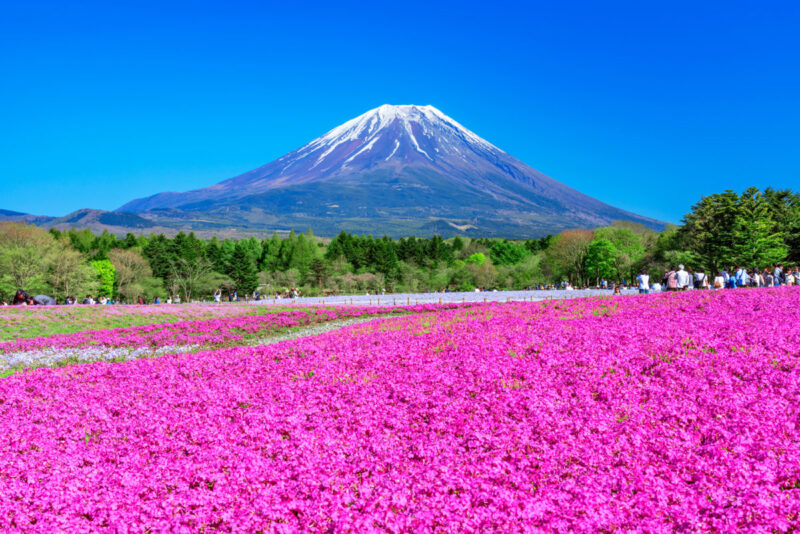 Besides the famous cherry blossoms, one of the most popular spring flowers in Japan is moss phlox (芝桜, shiba-sakura), which blooms in vivid pink, red, and white covering the ground like grass.

There are several great spots to see moss phlox in Japan, and today we introduce 3 of them in this feature. 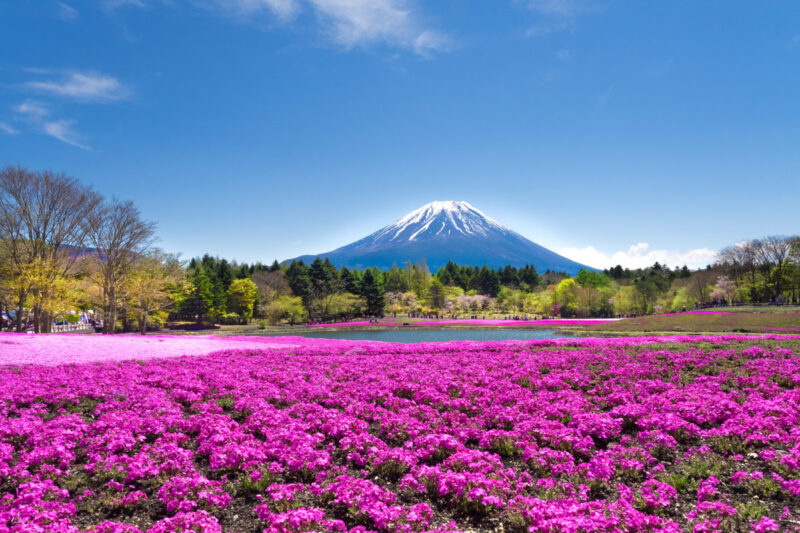 The Fuji Shiba-sakura Festival is one of the most popular flower festivals in Japan during spring. Held near Lake Motosu on the foot of Mt. Fuji, over 800,000 pink moss phlox flowers grow covering the ground, offering a stunning landscape view with the enormous Mt. Fuji in the background.

The best time to see the moss phlox is from late April to early May. 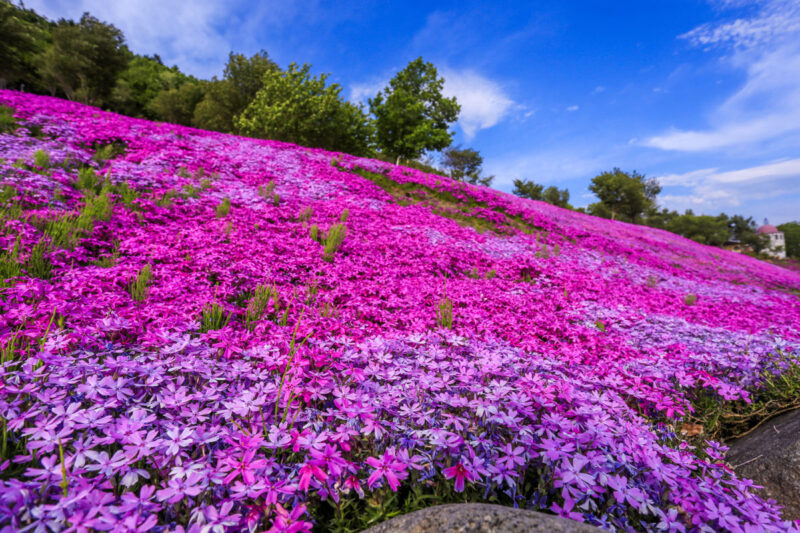 Takinoue Park is probably the most popular moss phlox field in Hokkaido, and the park is located in Takinoue, Monbetsu. The moss phlox starts to bloom in early May, and the best time to see them is in late May.

The park holds Takinoue Park Shiba-sakura Festival annually from early May to early June, and during this period you can enjoy stage performances, or ride a helicopter to take in an expansive view of the field during the festival. 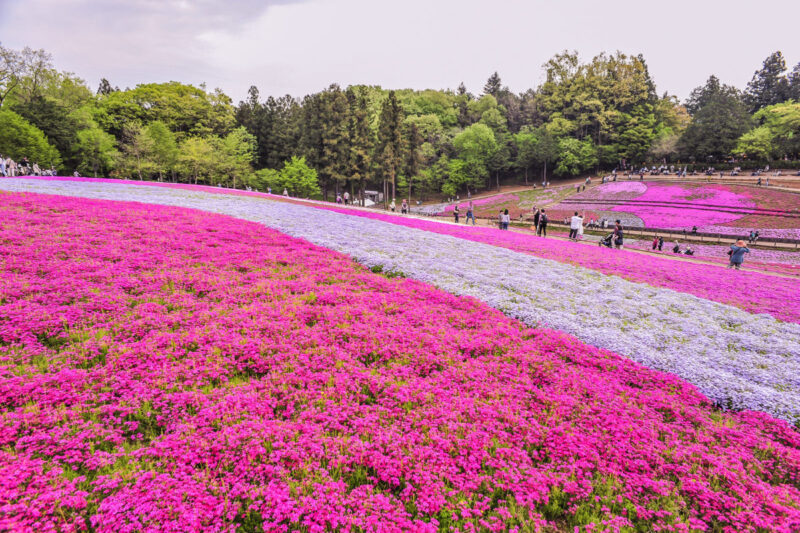 Hitsujiyama Park is a popular park located in Chichibu, Saitama. The park is known for its gorgeous cherry blossoms in early April, but it is best known for its tremendous view of moss phlox fields. Around 400,000 stocks of 9 species of moss phlox flowers are planted with strategic sowing, creating remarkable patterns and shapes.

A flower festival is held annually in this park from mid-April to early May, featuring special events that are worth a try.

Clip Read
Make beautiful memories by having an unforgettable stay experience while you’re in Japan!