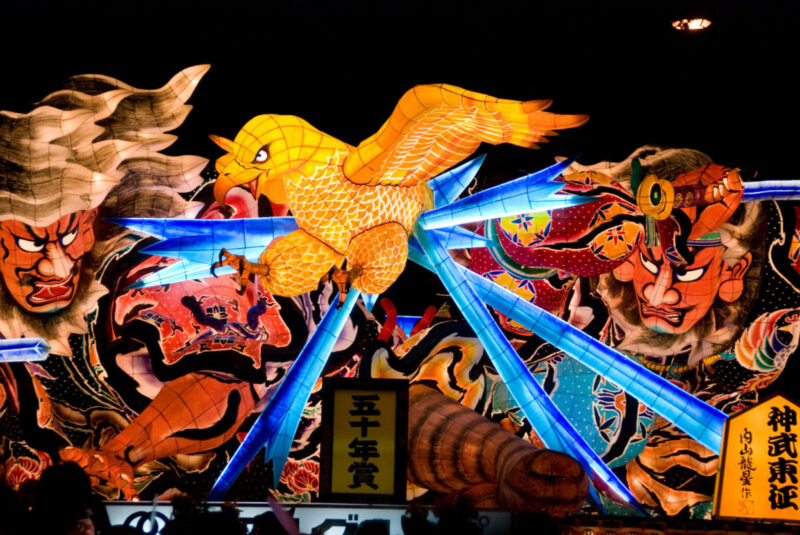 Looking for a less-hot summer vacation destination in Japan? How about visiting Tohoku to see its three great festivals?

Japan holds various festivals regularly every year – they hold those festivals to pray for a good harvest, honor the dead, or to celebrate festive moments.

Each region has its own unique festivals, and today we introduce Tohoku’s three great festivals, which are held regularly every year in the summer. 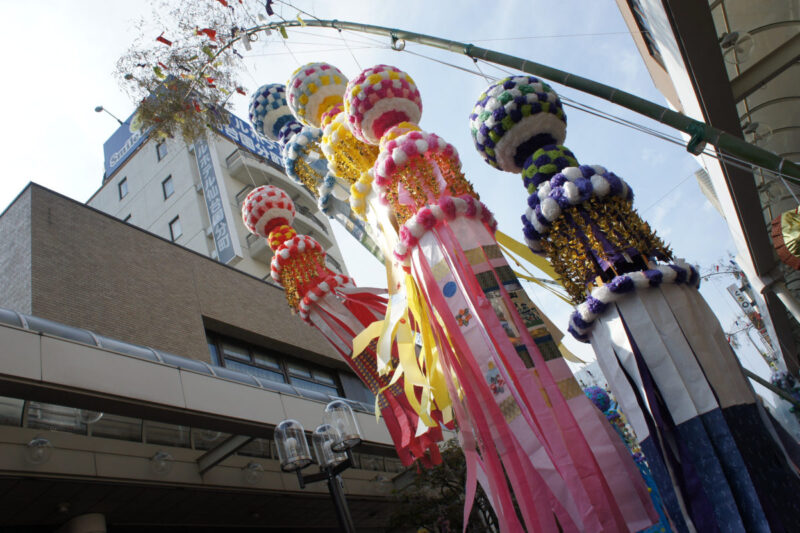 Held in Sendai city every year on July 7, the Tanabata Festival has over 400 years of history, dates back to the time of legendary warlord Date Masamune, who founded Sendai city.

The Sendai Tanabata Festival is held to honor Masamune; the whole city is covered in over 3,000 decorations made of bamboo and sasatake, a traditional Japanese paper made out of bamboo every year. The festival includes street parades, live concerts, and fireworks, which all are held throughout the day and into the evening.

Families and local businesses celebrate this festive moment by hanging small paper decorations in front of their houses and establishments. 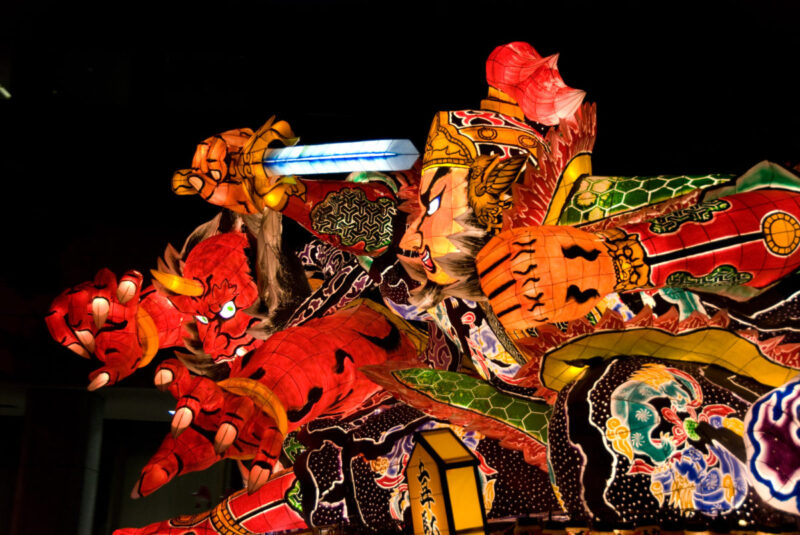 Held in Aomori city, Aomori Nebuta Festival lasts for six day straight every year at the beginning of August.

Known as the largest of Tohoku’s three great festivals, the history of this festival is unknown, but it is said that the festival is originated from the shogun’s tradition in Heian era (794 – 1185), where warriors used flutes and taiko drums to attract the enemy’s attention in battles.

The nebuta are massive paper floats built like ancient warriors, gods and goddesses, and creatures in Japanese myths.

Dancers in traditional clothing called haneto surround each nebuta, and the dancers chant in Aomori’s local dialect, inviting visitors and passersby to come and join the festival.

The festival is held regularly every year from August 2 to August 7. 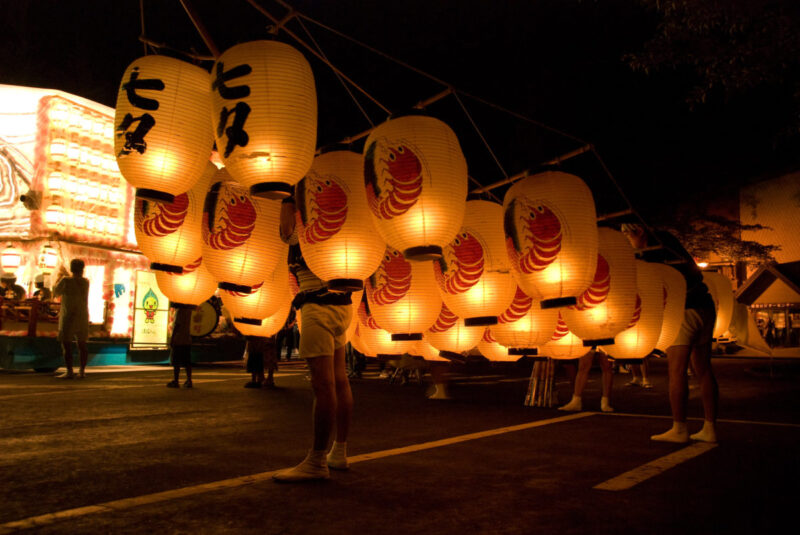 Akita Kanto Festival, which is also known as the Akita Kanto Matsuri (秋田竿燈祭り) is best known for its gorgeous street performances at night.

Held every year in Akita city from August 3 to August 6, the festival draws a lot of attention from both local and foreign tourists.

The festival lasts throughout the day and into the evening, but the main events are the night parades, which take place every night of the festival for about 90 minutes.

The main events feature all of the kanto performers showcasing their skills to the crowd.

You’ll see those skillful performers balancing the bamboo poles of varying lengths with several lanterns attached to the end, each of which is lit by a real flame, using parts of their bodies only.

The parade marches through the city every night, accompanied by flutes and taiko drums.