Things you need to know about Daruma 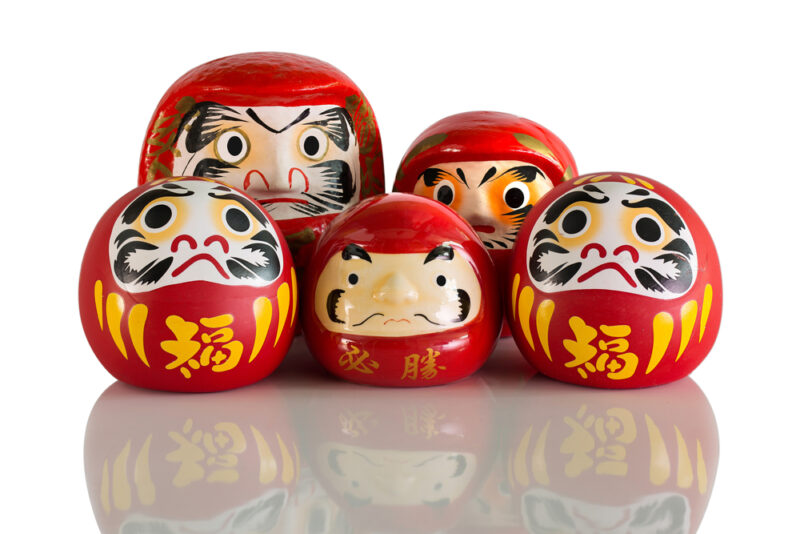 Have you heard of daruma dolls before? Daruma dolls are traditional Japanese wooden dolls that are red and represent three important things in your life : goal, action, and outcome. Darumas are symbols of good luck, often presented as a gift of encouragement, and have been commercialized by many temples as a lucky charm.

Daruma is strongly connected to this Japanese expression “Nanakorobi Yaoki”, which literally means “seven times down, eight times up”, meaning that no matter how many times someone knocks you down, you must always endure and stand back up to realize your dreams and to achieve your goals. 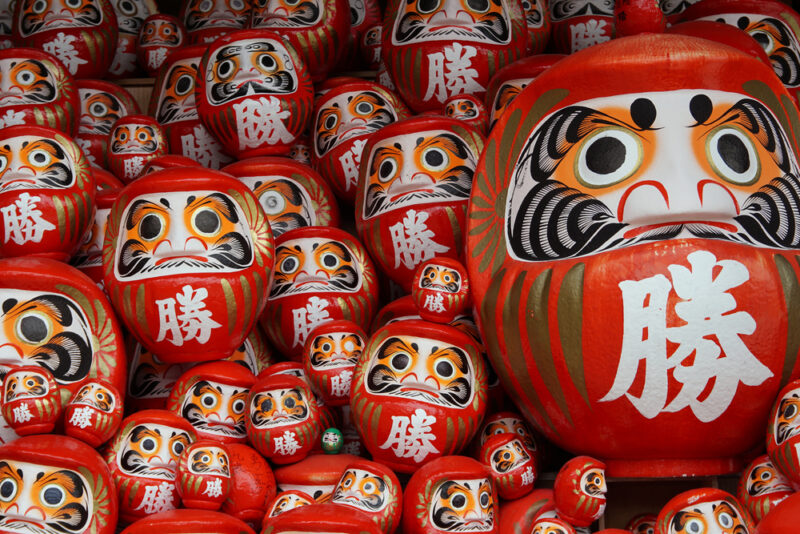 Daruma is modeled after Bodhidarma, a monk who lived between the 5th and 6th centuries CE, who is also known as the founder of Zen Buddhism.

During his spiritual journey, he settled in a cave and meditated for nine years with no breaks and without closing his eyes, except once, after seven years.

He sliced his eyes off to prevent himself from falling asleep, and he lost his arms and legs after staying still and immobile for nine years. These are the reasons why darumas don’t have eyes, arms, and legs.

2. Colors and types of daruma 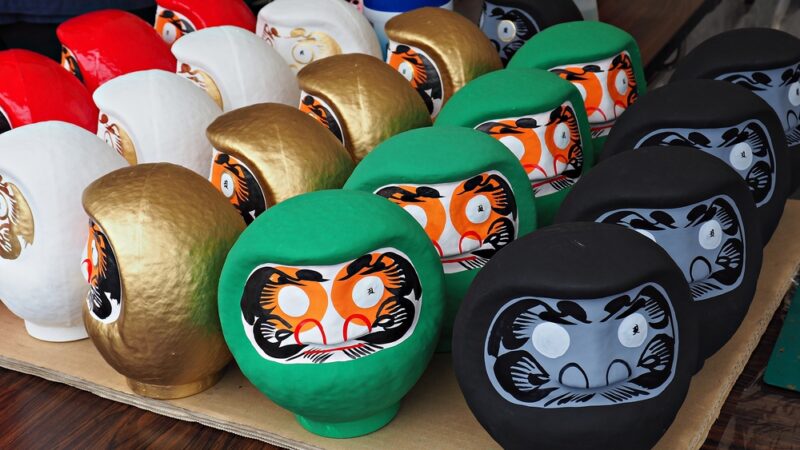 Darumas come in several different colors, and each color has its own meaning. 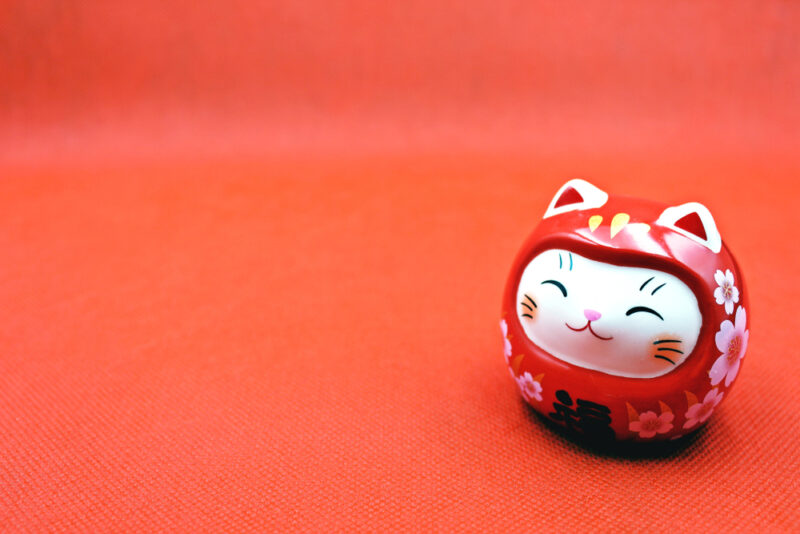 These days, darumas come in various shapes, and one of the most popular types of darumas is the manekineko daruma doll, which is a combination of manekineko, the Japanese lucky cat, and darumas. 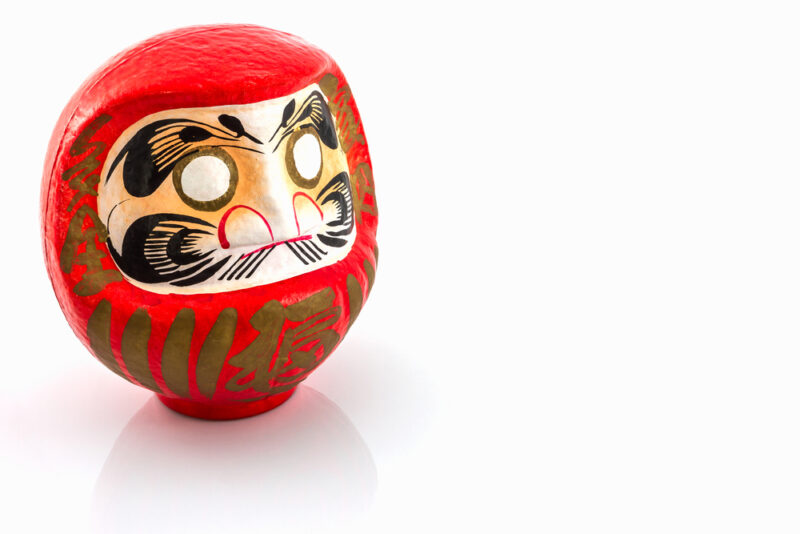 Have you noticed that most of darumas have no eyes, or only has one eye painted when sold?

Daruma is modeled after Bodhidarma, a Buddhist monk who meditated in a cave with his eyes open for nine years who slit his eyes off after he accidentally fell asleep for once after seven years of meditation.

They are made and sold with no eyes, and if you buy one, you need to make a wish by painting the left eye first. You can paint the other eye once your wish has come true, or when your goal is achieved.

Clip Read
Things you need to know about Awamori