Japanese seasonal sweets in the fall 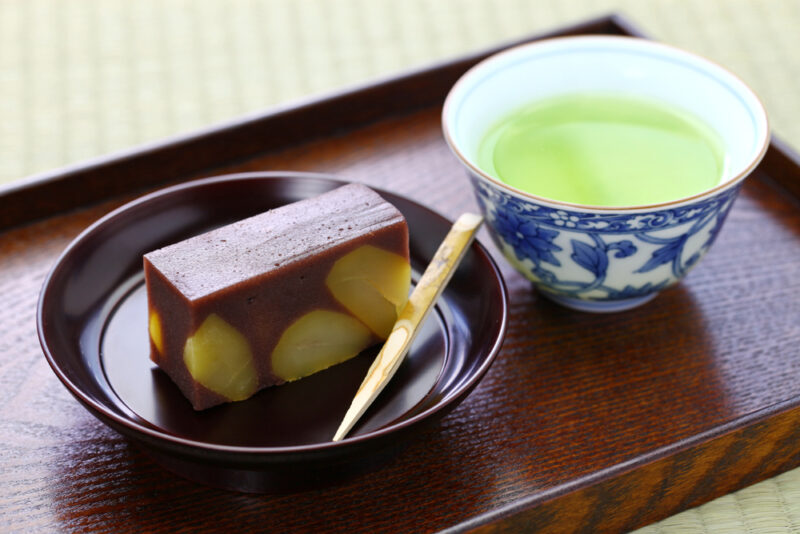 Japan is the only country where you can enjoy four seasons in every aspect, and one of the most popular ways to enjoy Japan’s four seasons is through its seasonal ingredients.

Fall is known as “Shokuyoku no Aki (食欲の秋), which means “the appetite of fall”, and fall is considered as the season of food and dining in Japan.

In this feature, we will introduce some Japanese sweets to enjoy in fall. 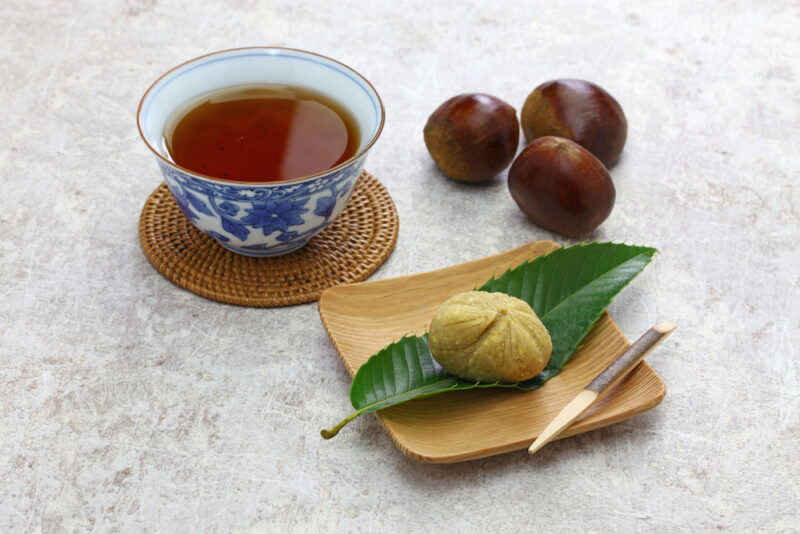 Kuri Kinton is a wagashi originated in Gifu Prefecture, and it is made by simmering chestnuts and sugar together until it turns tender and smooth. No water is added to kuri kinton, and once it’s done cooking, it is formed into a chestnut shape.

A different version of Kuri Kinton, which is made using both chestnuts and sweet potatoes, can be found in Osechi Ryori, a traditional Japanese cuisine that is served on New Years. 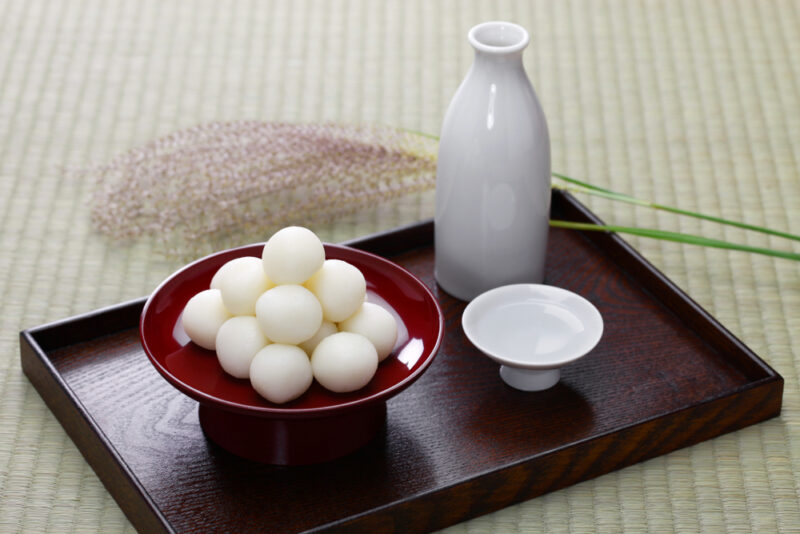 Tsukimi Dango is served on September 21 in Japan, which is widely known as the “Moon Viewing Night”. The custom was brought to Japan by the Chinese, where people eat dumplings while watching the moon.

Tsukimi Dango is made with white egg powder and water, and toppings like red bean paste or soybean flour are used. The custom of having a tea party while viewing the moon has been done in Japan since 897. 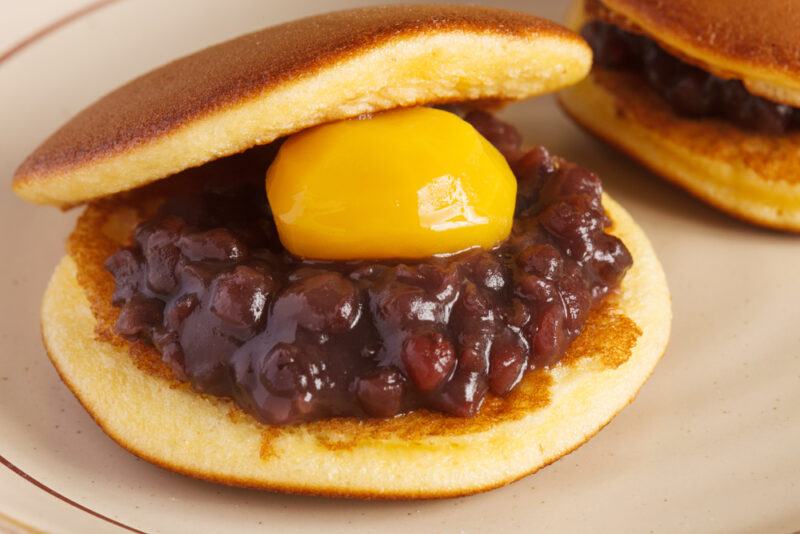 Kuri dorayaki has a soft and fluffy texture, and the combination of sweet red bean paste and roasted chestnuts are perfect.

You can find Kuri Dorayaki in supermarkets and convenience stores, or at the local department stores in the fall. 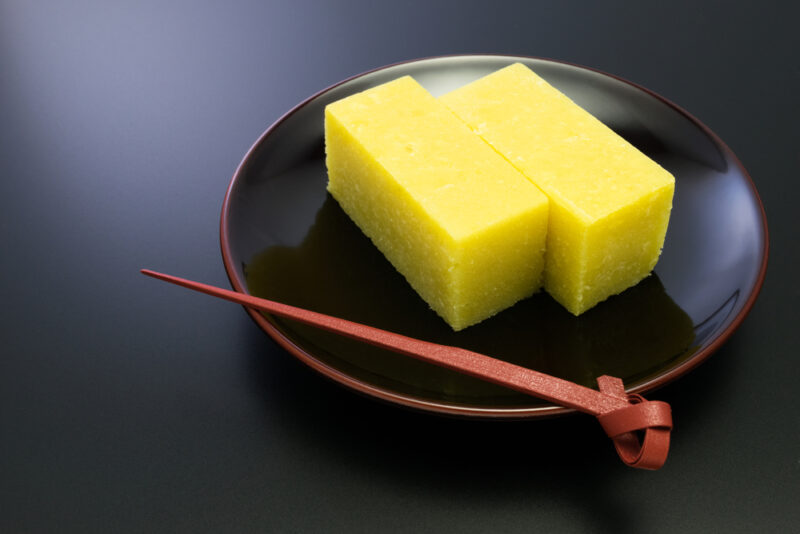 Imo Yokan is made by kneading sweet potatoes, sugar, and salt together, and shaped into a block with a mold. Imo yokan has lower sugar content, so it spoils quickly.

The shelf life of Imo Yokan is only a couple of days, and it has been consumed by the Japanese since the Edo period. 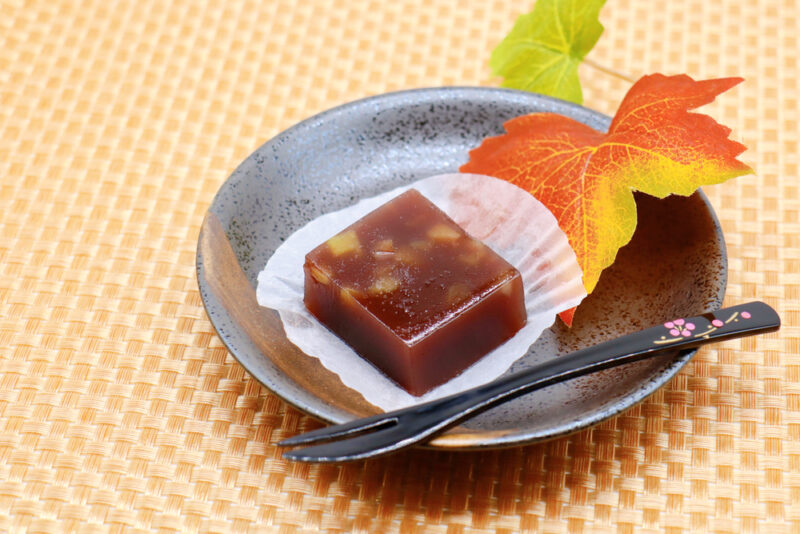 Kuri Yokan is the Japanese sweet that is popular in the fall. It is a jelly made using red bean paste and chestnuts. The chestnuts are boiled in sugar and syrup, added to the red bean jelly, and chilled until it is set.

Kuri Yokan has been consumed by the Japanese since 1919, and the first Japanese confectionery to produce Kuri Yokan is a wagashi shop called Narita-san in Chiba.