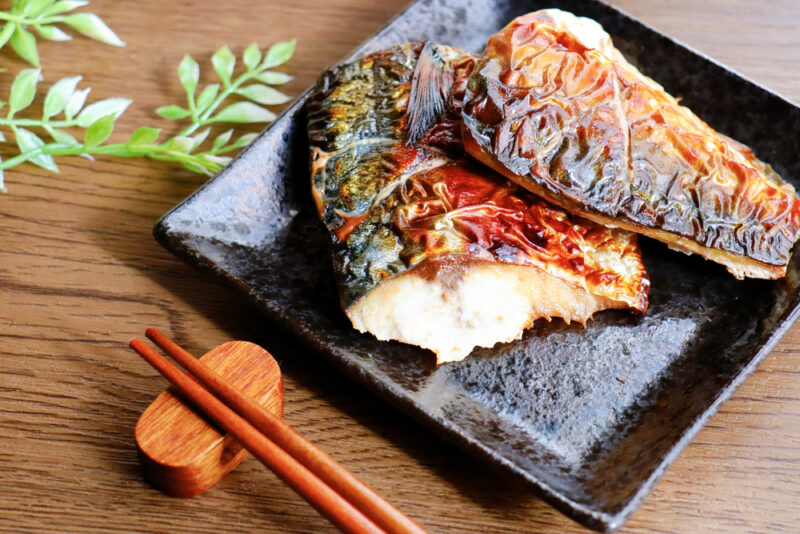 Japan is the only country where you can enjoy four seasons in every aspect. And one of the most popular ways to enjoy Japan’s four seasons is through its seasonal ingredients.

Fall is known as “Shokuyoku no Aki (食欲の秋)”, or “the appetite of fall”, and fall is considered as the traditional season of food and dining in Japan.

In this feature, we will introduce some Japanese seasonal ingredients to enjoy in fall. 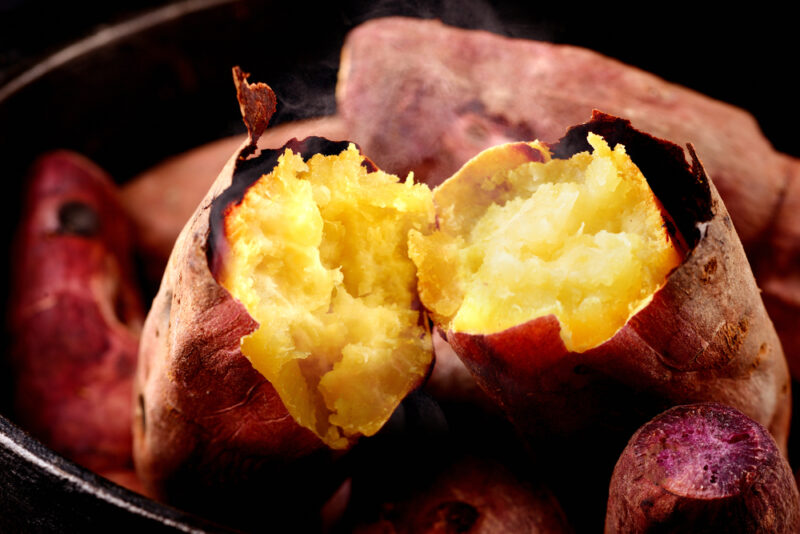 Satsumaimo (さつまいも), or sweet potato, is known as its most flavorful state in fall. Kagoshima Prefecture is known for producing the largest amount of satsumaimo, and the potato is usually enjoyed by mashing, deep-frying, or boiling it as savory dishes, or baking it as sweet treats. One of the most popular ways to enjoy satsumaimo is as Yaki-imo, which is sold by street vendors in Japan. 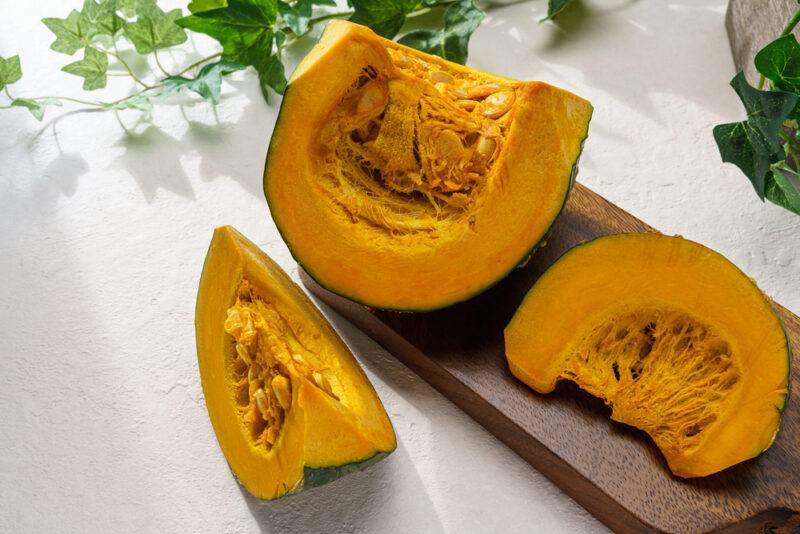 Kabocha (かぼちゃ), or Japanese squash, is a pumpkin that has bright orange flesh, fluffy texture, and a sweet and nutty flavor. Kabocha is usually enjoyed as savory dishes or sweets, and although it’s available throughout the year, it tastes best in fall when it has a sweet and smooth flavor. 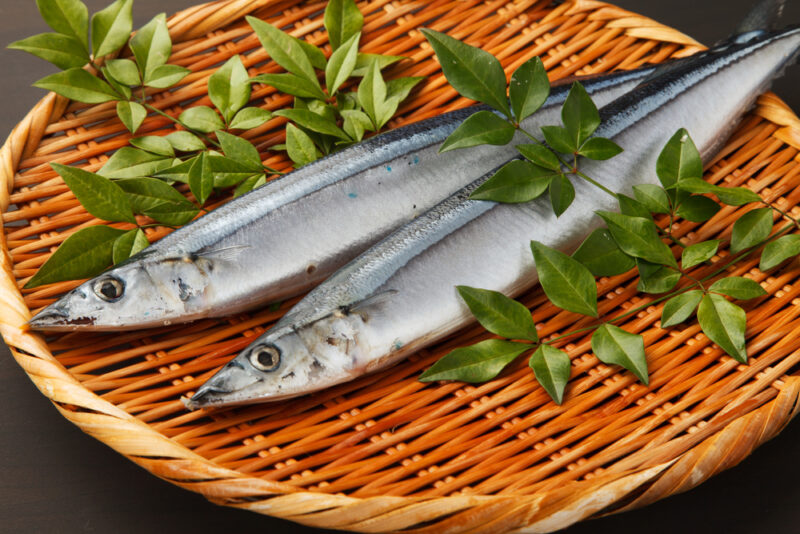 Sanma (秋刀魚), or Pacific saury, is one of the most famous fall ingredients in Japan. A festival dedicated to sanma is held annually in Meguro area, Tokyo, and it tastes best in fall as its fat is at the highest point. Sanma is usually grilled and sprinkled with lemon or sudachi (Japanese lime), or seasoned with ponzu. 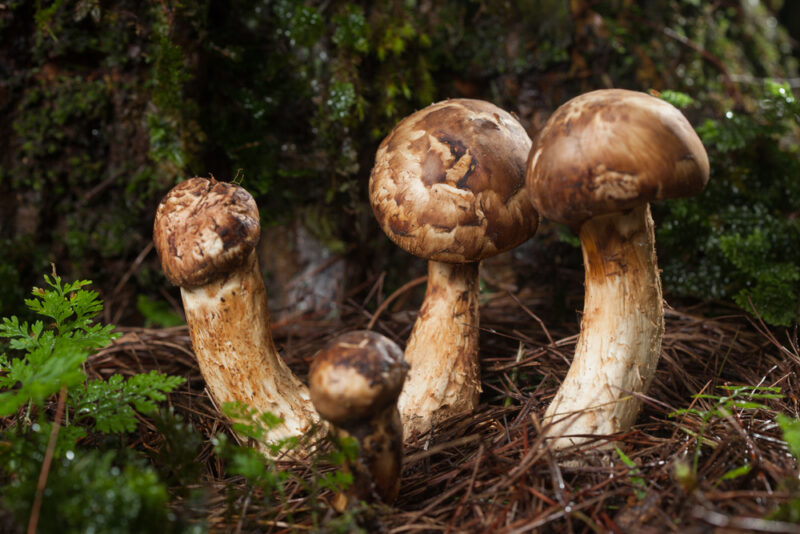 Matsutake (松茸), is one of the rarest mushrooms in Japan, and known to be difficult to cultivate, but known for its rich “umami” flavor. The number of Matsutake mushrooms harvested every year varies greatly every year, leading to fluctuating prices.

Matsutake has a strong flavor, and it should not be kept for more than 10 days as it can cause serious food poisoning. 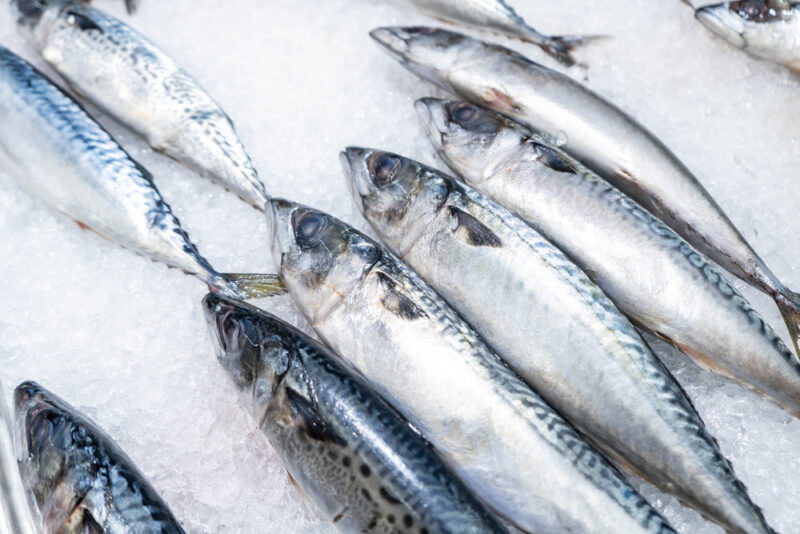 The last of the Japanese seasonal ingredients in the fall is Saba!

Although saba (鯖), or mackerel, is available throughout the year, it tastes best in fall, particularly sometimes between late fall and winter.

Saba is known for its rich and creamy texture, and since it has a strong fishy flavor, it is usually pickled, braised in miso, or grilled in salt. Saba spoils quickly, and to make it last longer, saba is often salted and cured.

Japanese seasonal foods in the fall

Clip Read
Things you need to know about Awamori